One of our clients, a well-known listed electric group located in East China, has implanted VisionNav's autonomous logistic solution, equipped with the autonomous terminal industrial vehicle to the top-level central control and schedule system, realizing peer-to-peer autonomous handling in a way to improve production efficiency.

The client's production line involves multiple processes, and the material transfer path is of the most complicated. After on-site experiment, combined with the project situation and product performance, VisonNav's model VNP12 autonomous counterbalanced forklift is considered to be a perfect fit for the scenario. In the operation process of autonomous forklifts, the speed of response to demand, smooth operation, operation efficiency, and safety of the forklift are the essentials to improve the production efficiency of the entire project. Without any effective process, the intralogistics upgrade will be impossible.

The VisonNav's model VNP12 autonomous counterbalanced forklift can cooperate with the central control and schedule system to respond to system requirements promptly under complex environments, thus to achieve optimal path planning; In the multi-batch material transfer process, the maximum running speed of the full load is 1.3m/s, with no need for manual guards throughout the process, having realizing materials being loaded and unloaded in time. 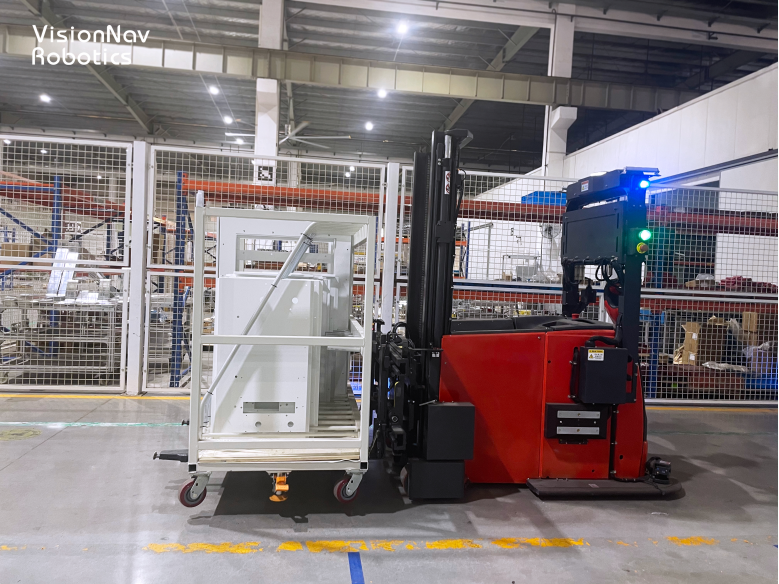 Stamping press unloading area - robot feeding point: There are 4 stamping presses in total on the project site, each stamping press is planned to have 1 unloading area, the sheet metal plate is placed on the work table, and the VNP12 autonomous forklift is dispatched by the central control. The system accepts the demand, and picks up the full pallet from the designated punch unloading area and transports it to the robot loading point; 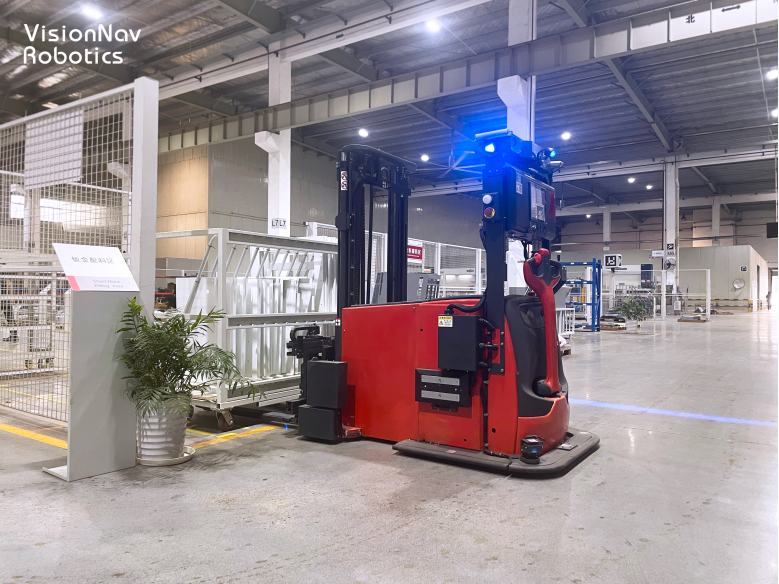 The Forks can Adapt to the Distance Differences

Multi-process production line is bound to face a variety of carriers. For example, the sheet metal robot adopts two different carriers at its feeding point: 1200*1200*150mm, and 1800*1200*150mm, with a total of 7 types of carriers spotted on the site. 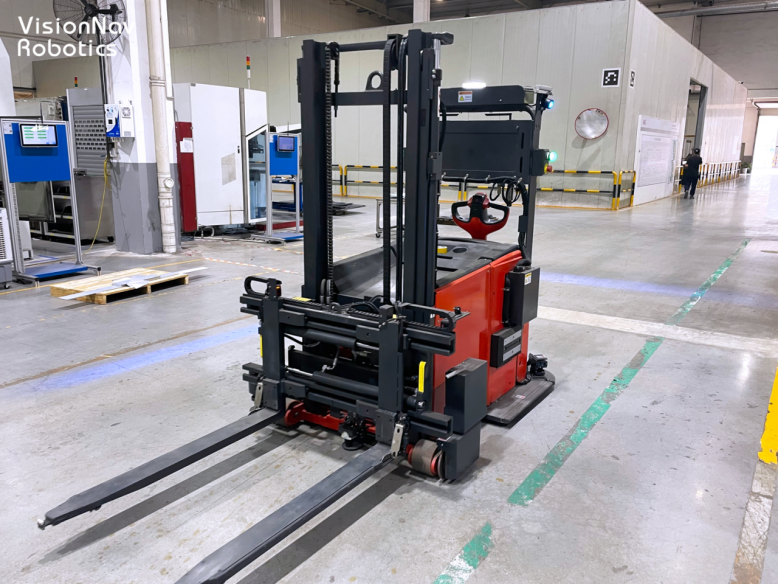 The safety distance varies when facing different types of carriers. In traditional manufacturing and handling scenarios, the process relies on manual visual inspection of the distance between the pallet jacks by adjusting the fork distance to accurately pick up the goods, which is not only inefficient but also has low accuracy, which is easy to cause damage to the goods.

The VNP12 autonomous counterbalanced forklift is equipped with adaptive laser perception, which can not only identify the pallet position and automatically adjust the forklift position according to the pallet position, but also identify the width of the vehicle into the fork, automatically adjust the fork distance of the forklift, and ensure a safety pick-up during the process with high efficiency and low damage rate.