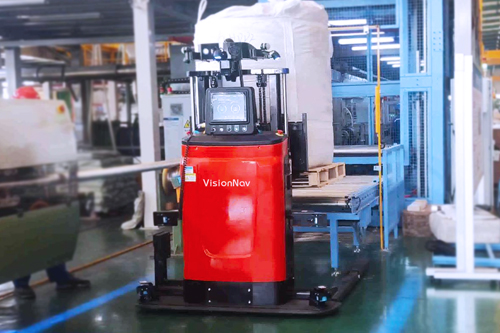 Ever since the entry of autonomous forklifts into the market, the positioning and navigation methods have experienced a gradual upgrade, from the initial magnetic stripe navigation, QR code navigation, and laser reflector navigation to 2D SLAM navigation solutions. However, the old positioning and navigation methods still need to improve in terms of limitation, cost, deployment time, etc. VisionNav Robotics’3D laser SLAM positioning solution can reduce people’s workload, such as constantly sticking and removing QR codes and reflectors from the workshop. 3D laser SLAM can adapt to high-precision positioning indoors and outdoors and break through the limitations of complex working scenarios like climbing slopes and unloading on platforms. Also, 3D laser SLAM has higher adaptability to environmental changes.

Our client is a digital high-end intelligent equipment manufacturing enterprise seeking automated production lines, smart equipment, etc., to improve work efficiency. The project involves the plane transfer, docking conveyor lines, collecting and stacking empty pallets, etc. The height of the conveyor line is about 27.56-31.50 inches, and the pallet is a perimeter base pallet. VisionNav’s flexible logistics solution helps realize the automatic handling of materials from the mixed storage area to the designated platform, thus improving logistics efficiency and yielding a better collaboration between humans and robots.

VisionNav Robotics comprehensively considers customer needs and project site conditions, import the central control scheduling system to connect with the customer's WMS system, and configure a customized wide-leg VNSL14 pallet stacker autonomous forklift to adapt to the perimeter base pallet. At the same time, based on the 3D positioning and navigation scheme, to realize Autonomous positioning and navigation of the VNSL14 autonomous forklift on site. 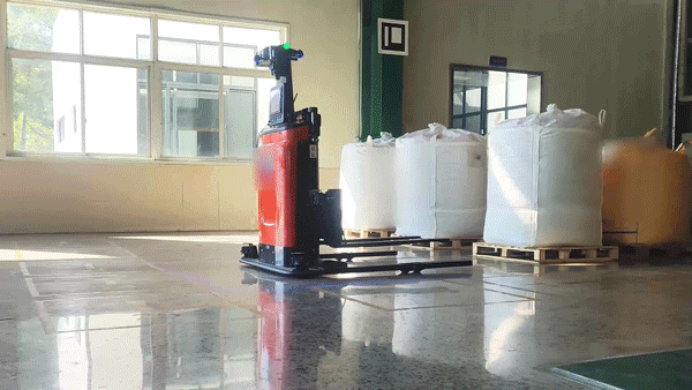 When the goods are unloaded in the cargo buffer area, workers on site can use a PDA to scan the cargo information and send the information to the WMS. Next, WMS will generate task instructions and send them to the central control scheduling system, and dispatch the VNSL14 autonomous forklift to transport the goods in the buffer area to the conveyor line. 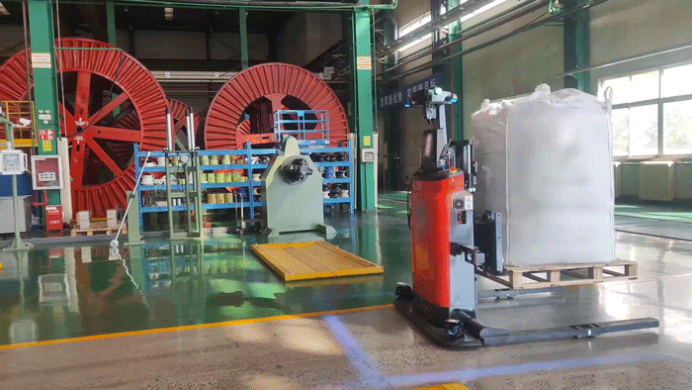 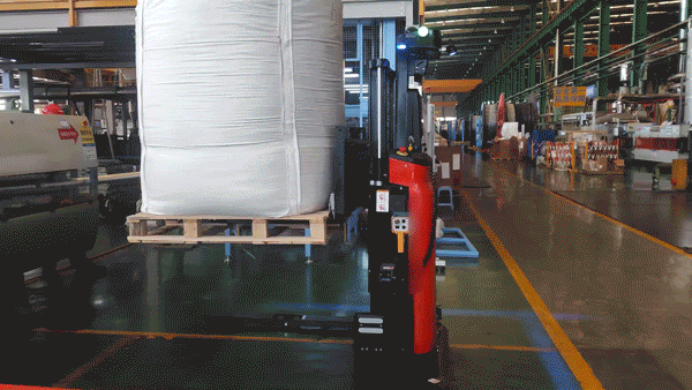 The task command is generated by the central control scheduling system of VisionNav Robot. As a result, the VNSL14 autonomous forklift is dispatched to the conveyor line to collect the empty pallets. After the material on the conveyor line is consumed, the system modules installed within the conveyor line will send the collecting signal to the customer's WMS system. 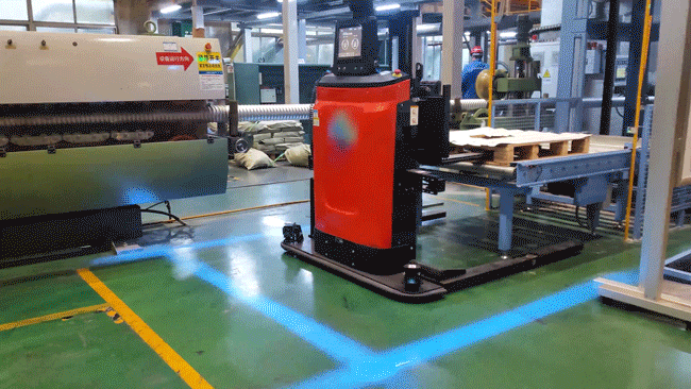 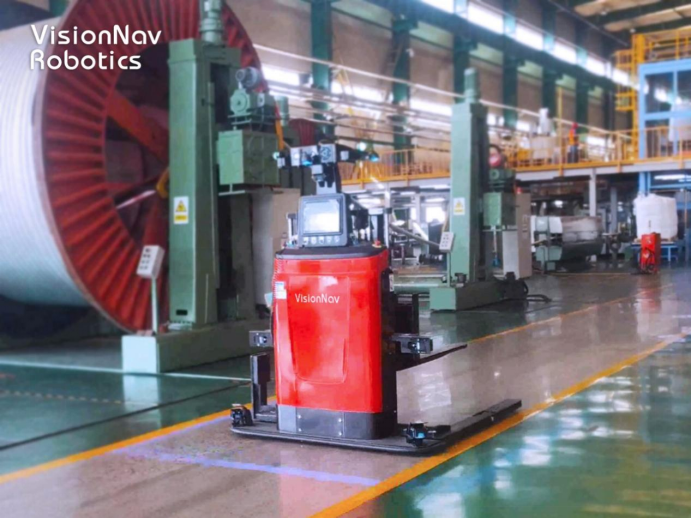 In collecting empty pallets, the VNSL14 autonomous forklift has to complete five layers of empty pallet stacking to save storage space. It can accurately identify the pallet pose, fork hole position, etc., based on the 3D laser sensor. When VNSL14 performs stacking tasks, it can adjust the body for adaptive fork picking and stacking, with a repeat placement accuracy of ±10mm. 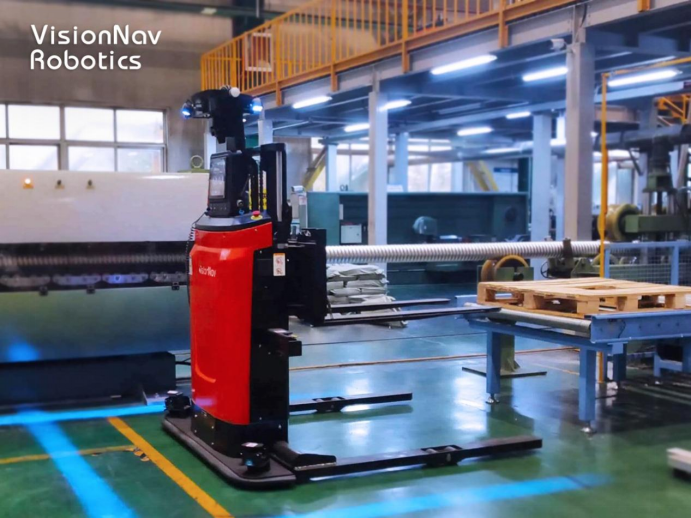 Integrating VNSL14 and the central control system provides more possibilities for the autonomous collecting and picking of empty pallets onsite. The customized VNSL14 with wide outriggers is suitable for the customer's perimeter base pallet. The collaboration generated by humans and robots greatly optimizes work efficiency in light of complex factors in various workshops. 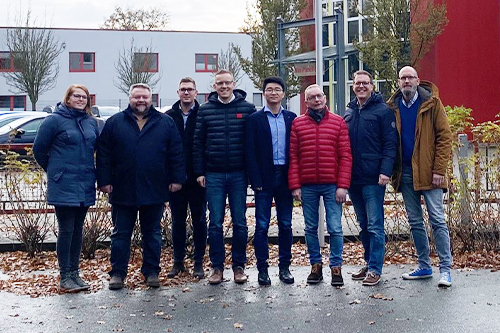 VisionNav Robotics Partners with Bartels to Grow the Market in Germany